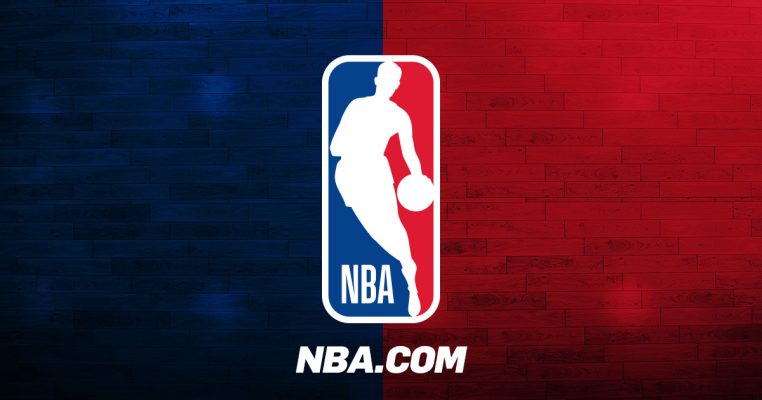 Last weekend was all about celebrating the greatest individual stars in the league as they gathered for a thrilling NBA All-Star game. It also led to plenty of speculation over which of the league’s youngsters will go on to become the All-Stars of the future. By the mid-2020s, LeBron James and Steph Curry will be over the hill and a new crop will dominate, and below we have listed the five emerging stars most likely to claim multiple All-Star starting berths in the next decade:

Tatum is going to be a superstar, of that there is little doubt. He is already a key pillar of a Boston Celtics team that is favoured to go to the NBA Finals in the sports betting at Oddschecker, and he is just beginning what should be a truly dominant career. Despite the shooting slump everyone is talking about, he has kept his averages above 40% and has spent much of the season as the team’s leading three-point shooter. His long range accuracy is seriously impressive for a teenager, and he will become a better creator when he moves into a more central role. Teammate Jaylen Brown impressed at this year’s All-Star game, and Al Horford is another excellent young talent, while Kyrie Irving has many years left at the top, so this Celtics team should be well-represented for years to come.

The only team that can rival the Celtics for sheer depth of phenomenal young talent is Philadelphia and Joel Embiid – the crown jewel in The Process – played a starring role in this year’s All-Star game. It looks only a matter of time before teammate Simmons joins him. Many were surprised that he was snubbed for this year’s game, but it will be impossible to ignore his magnificent talents for long. Simmons is the odds-on favourite to win Rookie of the Year this season – ahead of Donovan Mitchell and Tatum – after emerging as a formidable force on day one. He seems to improve with every passing week and he has averaged 15.9 points, 5.9 rebounds and 6.8 assists since the turn of the year, shooting 57.2% from the field. He will only get better, particular in his defensive duties and when it comes to shooting, so he looks a shoo-in for future All-Star games.

The Utah Jazz shooting guard should be considered a lock for multiple All-Star games after enjoying the sort of breakout season that dreams are made of. The Jazz have put together an 11-game winning streak, making them the hottest team in the league, and Mitchell has been the star of the show. He is a viral sensation, a Dunk Contest champion and an electrifying talent, earning plaudits from virtually everyone in the league. Coach Jay Triano likened him to Damian Lillard, an All-Star regular, saying: “He’s got that same type of body. He’s got that same type of quickness to attack the basket. He’s got the deep range the same way. His body is always on balance. I just keep thinking every time I see him and watch him in the scout prep, ‘man, this looks so much like Damian’.” That is high praise indeed, and Mitchell deserves it as he has been delivering 40-point performances and showing tremendous maturity in the clutch. He will only get better over the next few years.

There are several excellent young unicorns vying for supremacy in the NBA, including Giannis Antekounmpo, Kristaps Porzingis, Embiid and Karl-Anthony Towns. But Jokic can easily hold his own in that group and looks certain to earn an All-Star nod when he reaches his prime. Right now he is slugging away in an uninspiring Denver Nuggets team that is losing, but he is still managing to excel. He has averaged 16.6 points, 10.4 rebounds, 5.6 assists, and 1.2 steals per game this season in a poor team, so just think what he could do if the Nuggets improved or he secured a move to better pastures. His passing is improving, as is his long range stroke and his positioning, so if he continues on his upward curve he could go on to enjoy a stellar career.

This is a bit of a controversial selection, given the hype surrounding the player and his struggles this season, but Ball’s raw potential is astonishing. His defensive work is exemplary, his distribution is sublime and his vision is also hugely impressive. Ball’s shooting has let him down this season, but he should be averaging double digit dimes when the Lakers’ supporting cast improves and he matures. He is not going to get a Rookie of the Year title to justify his status as the number two draft pick ahead of this season, as only Mitchell looks like stopping Simmons now, but Ball can make up for that in years to come as his all-round game develops and he earns regular All-Star spots.

Stephen Curry selects Embiid and Antetokounmpo for the All-Star team

I am a freelance writer and a software engineer with years of experience including many in-person and online contracts. I write quality, clear and eloquent articles, blog posts and other contents for websites.

The NBA has announced a sponsorship deal with Beats by Dr. Dre to make them the official headphone, wireless speaker and audio partner of the NBA, WNBA, NBA G League and USA Basketball beginning in October 2018.

Beats which is endorsed by some of the biggest names in the National Basketball Association including LeBron James, James Harden, Draymond Green and Ben Simmons has never featured ads showing the stars wearing their actual NBA uniforms, but that will also change with this new cooperation.

League rules however, will still apply to players not wearing headphones in the lay-up line before games but they will be free to wear whatever brand they so desire during shoot-arounds well in advance of the game, or in the locker room before and after games.

Luke Wood, president of Beats by Dr. Dre, was quoted as saying: ‘The NBA and its players have long been significant drivers of global culture,’

‘Basketball, music and style speak as one voice: Julius Erving became a style icon, Allen Iverson cemented hip hop’s place on and off the court and LeBron James is breaking new music every day…the list goes on and on.’

Harman has however vowed to continue working with the NBA, NBA teams and NBA players and they might still be able to steal some exposure via its individual player deals.

Stephen Curry selects Embiid and Antetokounmpo for the All-Star team 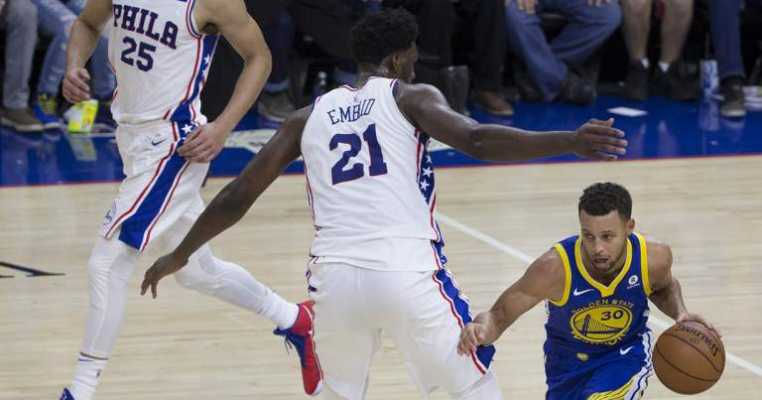 The NBA revealed 2018 All-Star Game today, with the likes of LeBron James of the Cleveland and Curry in the NBA All-Star Draft.

The NBA All-Star Game will commence on Sunday, February 18, of which fans from 200 countries and territories in more than 40 languages will watch.

LeBron’s team will be coached by the head coach from the Eastern Conference team.

Team Stephen will be coached by the head coach from the Western Conference team.

Should there be any player who will be unable to play, NBA Commissioner Adam Silver will select a replacement